Plant a tree in memory of Lorraine
An environmentally-friendly option 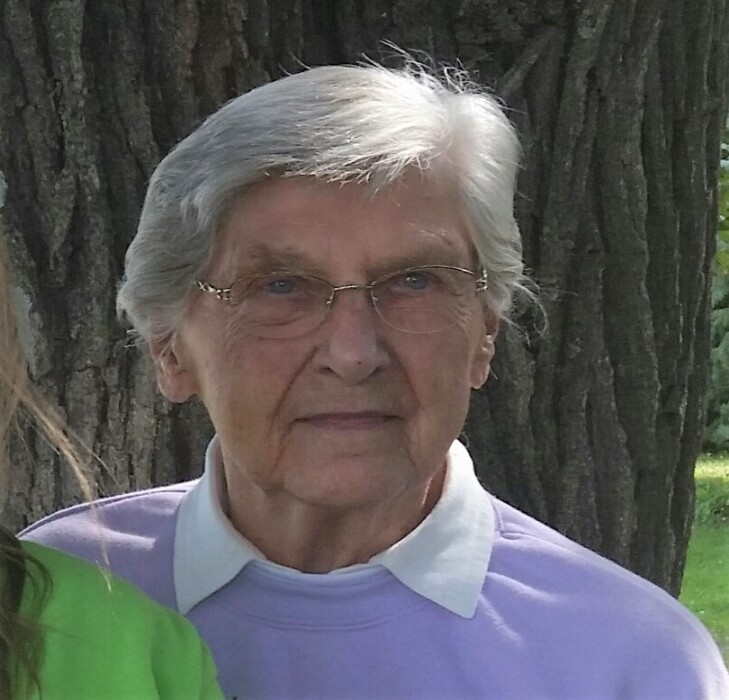 Lorraine Fredericka (Ehlert) Groves, the daughter of Edward and Lena (Boger) Ehlert, was born on April 11, 1925, in Denison, Iowa.  Her family moved to a farm North of Webster City in 1933 and graduated from Webster City High School in 1943.

Lorraine was united in marriage with Maris Donald “Don” “Brandy” Brandrup, Jr. on June 22, 1943 ~ 2 days before he left for W.W.II.  The couple made their home in Webster City and raised two sons, Mike and John.  Don preceded her in death on February 4, 1982.  On April 9, 1988, Lorraine married H. Max Groves at Trinity Lutheran Church in Webster City and they made their home in Eagle Grove.  Max preceded her in death on June 22, 1994.

Lorraine was a member of Evangelical Lutheran Church, United Methodist Church and active in church circle.  She enjoyed traveling, fishing and playing bridge (3-4 times a week).

Lorraine passed away on Thursday, July 29, 2021, at Southfield Wellness Community in Webster City, at the age of 96 years.  She was also preceded in death by her parents and siblings: Carl Ehlert, Loren Ehlert, Dewy Brown and Deloris Arends.

Private family services will be held on Tuesday at Foust Funeral Home in Eagle Grove.

Memorials may be left to the discretion of the family.

Plant a tree in memory of Lorraine by clicking here.
To send flowers to Lorraine's family, please visit our floral store.

Plant a tree in memory of Lorraine
An environmentally-friendly option

Plant a tree in memory of Lorraine

1 tree planted in memory of Lorraine

I got to know Lorraine when she started to come to eat lunch and play cards with we ladies at Oakridge in Goldfield.  Lorraine was a sweetheart and became our treasured friend.  She laughed with us, shared good n bad times , and always had her special smile.  I found out we shared a love of rhubarb and so I brought her some one day.  She was so tickled and told me she made rhubarb sauce and enjoyed it.  It is going to be hard to have her empty chair , but her memory will linger with us always.

I am so sorry to hear of Lorraine’s passing! She was a good friend to my Mom, and good friend for many years with my aunt and uncle in Webster City. I always enjoyed visiting with her, and was happy to see her at Family Table in Eagle Grove not so long ago! May Lorraine Rest In Peace! Sincere condolences to the family!

A Memorial Tree was planted for Lorraine F. Groves

Plant a tree in memory of Lorraine